Rudy Firth.....A Letter from the Netherlands 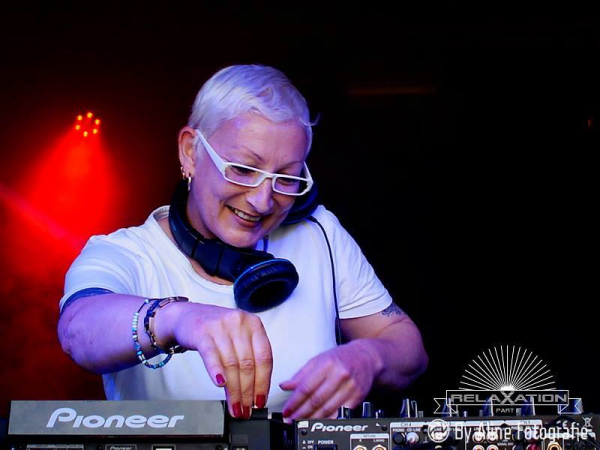 It was after the hot summer of 1976 / 1977 that I moved from Lincolnshire to Brighouse. After my parents' divorce,  Dad moved to Brighouse to be nearer family, and about six months later so did my Mum, my little brother and me.

I had visited Gran and Grandpa on Harriet Street for years with my dad as we travelled up and down the land in his very safe Robin Reliant. I always assumed Brighouse was at the other side of England, as the trip often took us three hours to get there. It wasn’t until later when I found out it could be done in 90 minutes as dad was a very safe driver! 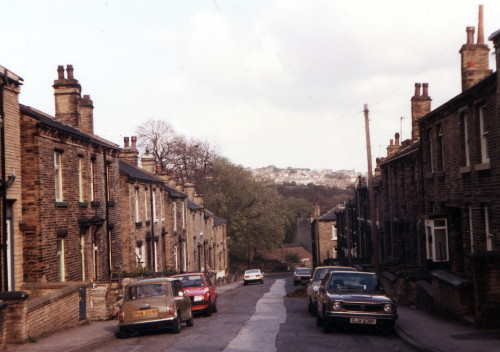 Our house in Camm Street was a world away from what I had known. All the houses were built and made from natural stone, damp, steep streets everywhere, grey neutral colours, and wet, very wet and I mean like all the year-round, as I remember it! 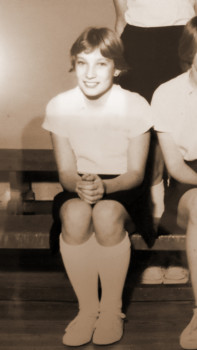 Rudy when she was a member of the Brighouse Girls Grammar School Netball Team c1981 - 1982.

After passing the crucial 11+ exam I went to Brighouse Girls’ Grammar School. As I later discovered, my education at BGGS would stand me in good stead for the rest of my life. Not just the academic side, but also the friends I made there, some of whom I have a lot of contact with to this day, and the sports that I took a keen interest in, which included hockey, rounders and netball. 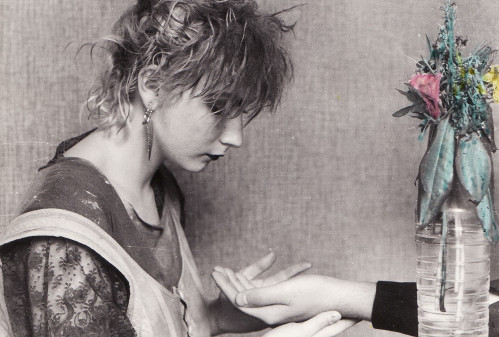 Taken whilst studying on a Fine Art Foundation Course at the Percival Whitley College Halifax.

The education I received at BGGS  was excellent and years later when I ventured to other lands, it dawned on me just how good it was. All the chosen subjects I had taken were absolutely essential in my future life, but it was the ones I didn’t take, such as geography and history, that actually paved my path through the historical lands I always said I would see: Egypt, Israel, Jordan and the rest.

When I was in my early teens, with friends from school, we hung around Wellholme Park, took walks through the streets, strolled through the library and spent time at each other's houses. When the parties began we all started to hang around with new people and I was introduced to ‘boys’. BGGS was an all-girl school, so hanging around with ‘lads’ was not exactly a new experience, but was at a different time in my development and I saw things slightly differently now than before. Gladly, not a vision that held me back from my already formulating plan: having kids and being a housewife was not an option for me.

I loved Thornhills and spent many hours playing on the dirt trails on my bike, and going on walks with my family to see the tree that Grandad had planted years ago growing into all its full majesty.

Brighouse, was always a home to me even if I hated its ‘smallness’,  and its dirty industrial heritage, staining the old brickwork everywhere and the jungle of telephone wires in the sky.

For many years I rode a bike in England, to and from work in Huddersfield, and when I worked overseas I have always owned a bike. In Holland, I totally feel at home on the integrated cycle paths and well-constructed bike routes. No cycle lanes just suddenly ending by the curb on the main road (Bradford Road on the way to Bailiff Bridge). Not only are the routes safer but cyclists have priority on the roads. Perfect!

I passed all my exams and decided to go to Percival Whitely College, Halifax, to study art. I was accepted and I began my academic year still living at home, but was thrown out for not getting along with my stepfather. Leaving home broke my heart, but people have their ways, even parents, and you can’t change that, I rebelled against it.

In Halifax, I studied Psychology and Sociology at A’ Level and passed. My father tells me I have an artistic temperament, the doctors called it hyperactivity (ADHD).

My family were hardworking people and so were a lot of the people from the past generations that worked in the factories, mills or as domestic staff. These included housemaids for the doctors and the well to do, as my Gran did. She, at 14, illiterate and having left school, worked 14 hours or more a day for the local Doctor in Clifton. 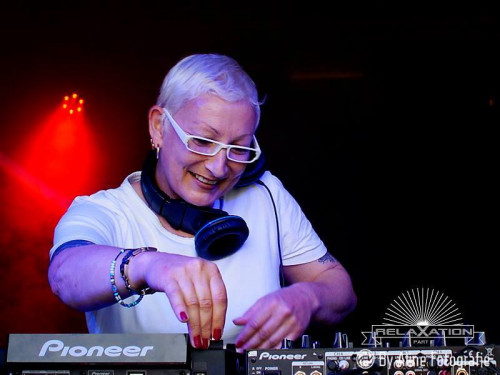 Working as a professional DJ.

After finishing college I moved house several times and now in total, I have had more than 50 addresses. Sadly, I saw those beautiful towns with all the artistic types falling along the wayside, enveloped in the culture of the poor and struggling. I woke up one morning and decided that this is most definitely not where I wanted to be. So I applied for work in Holland through a job agency in Brighouse, and that is where my story overseas begins.

Since my initial stay in Holland of two years,  I have worked and lived in Israel for seven months: Spain and Fuerteventura for two years:  Greece - Athens and Corfu - for three years: visited Jordan, Saudi Arabia, Egypt - I spent a lot of time diving there - and of course France, Germany, Portugal, Gibraltar, Belgium and Cuba for diving. My love for sports that I gained whilst at BGGS, and the ‘kick’ feeling it gave me was a big influence for my visits to these beautiful countries, as well as the inspired history lessons over the Greek culture and the mystical Pyramids of Egypt.

This led to my pursuit of the many sports I enjoyed and to venture to see all the monuments, lands and cultures that I wanted to see at the same time. That’s why I became a travel representative and got paid to do this!

Through my learning experience and curiosity I acquired from family and education, I was able to work in different countries, often travelling alone, and experiencing things that I could never have imagined. I cried when I saw the mask of Tutankhamun in the Cairo Museum and felt the intensity of the history in the City of Petra (Jordan), Jerusalem and Havana. I floated over reefs in Cuba and Spain and many other countries whilst enjoying the weightlessness of diving.  In short, I loved to see and do all the things I had read about and more. Now, I work as an Aquasport instructor and professional DJ and have a small business enterprise.

Presently, I live in the very northern tip of Holland, Den Helder, surrounded by sea, sand and sun! Our life here is not too different from that of Brighouse. It has a lot of unemployment but the standard of living here seems to be better than that in Brighouse and generally, I think in England. 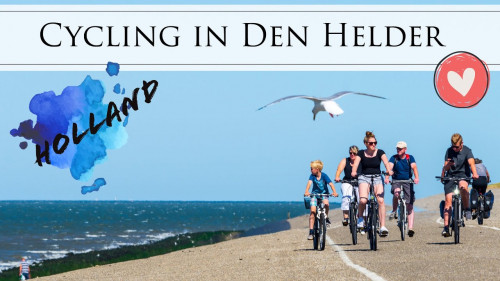 A publicity photograph for Den Helder, in The Netherlands - which illustrates almost everyone cycles.

On the whole, everybody seems to be happy here, the people are open, relaxed and the Dutch embrace new cultures and technology. Most dress well and when I use public transport  I’m impressed with the cleanliness and efficiency of the trains and buses, in contrast to England’s public transport. 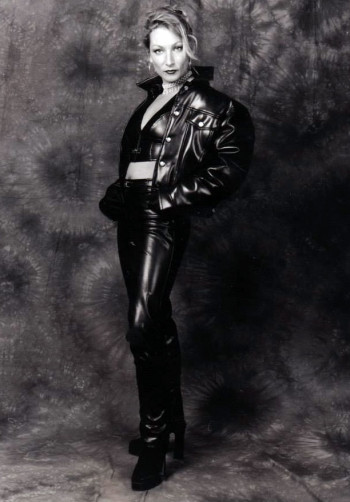 Publicity photo whilst working as a professional dancer in Athens.

In Amsterdam it is normal to work with all nationalities, in fact, English is considered the second language of Amsterdam. Here in Den Helder, we are a tourist resort and we have the Navy situated here. One and a half million visitors came one year just to see the Float Days, a parade of old and new boats and ships from different countries. It’s never boring, we have a lot of things to do and the nightlife is pretty booming too! But, we have the coastline and the most sun hours here, and though a tourist resort with international visitors it has still a homely feel to it. This is definitely in contrast to Brighouse even in all its glory. 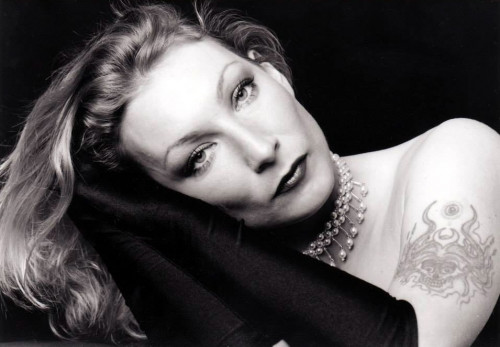 I left England as a discriminating, prejudiced individual who didn’t like any other food except meat and two veg or fish and chips. I have become, through travel, a more open, tolerant individual. 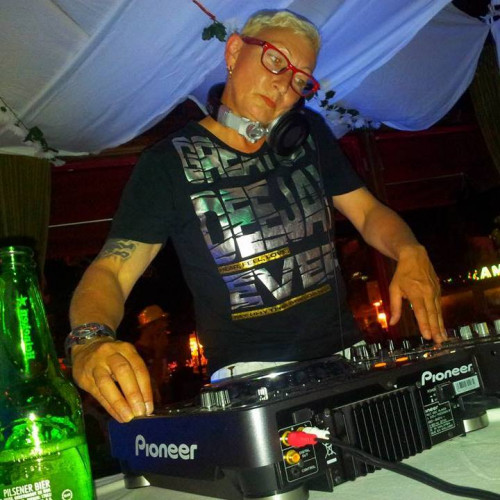 Working as a professional DJ.

I’m glad I expanded my horizons and gained a very different perspective on life.  I don’t know if I ever will go back to England to live. I’ve got used to the liberal life, the sea breeze, the international feel to our little Jutter town,  Den Helder.  I miss my family …a lot. I miss the dry, sharp British humour,  I miss the rolling hills of God’s own country – Yorkshire - and I think I’ll always feel like I have one foot here and the other there.

Den Helder, in the Netherlands 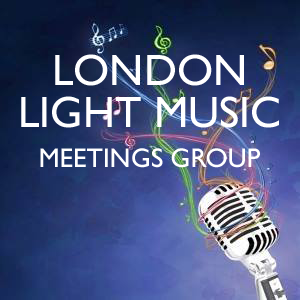