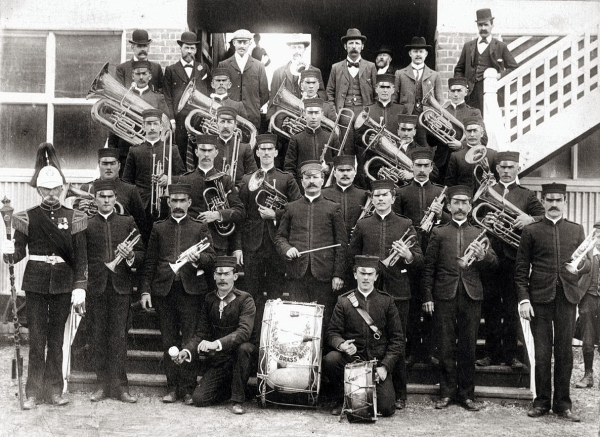 The 20th Century  march was written by James Ord Hume to welcome in the new century and was the 1st prize winner in the Champion Journal's 'Five Guinea March Competition'. The newly formed Geelong Town Band of Australia gave the premiere in 1900. This turned out to be one of his most popular marches. During World War II the printing plates and original proofs were destroyed in the blitz. This has resulted in the march not being published since that bombing.

The name of James Ord Hume will be familiar to some brass banders. His name appears on a number of pieces particularly marches, which are still played today. Some of you however may not have known that he used quite a number of other names: Lillian Raymond, William German, Oliver Herzer, Eugene Verner, Jacques Lafont, Dora Hartness and Paul Haake for example. But why would he have written under so many pseudonyms?  The answer is that during his composing lifetime there was so much music under his real name that he felt the public might grow fed up with him, whereas a new composer might arouse fresh interest. Where did he get these names from? - one of them Lillian Raymond was also the name of his daughter who was born in 1892.