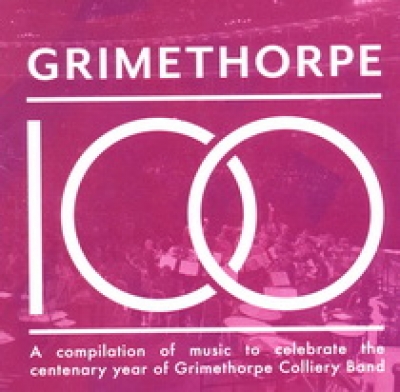 Various recordings to complete this compilation

This disc is a compilation of previously recorded tracks as part of the band’s Centenary celebrations. In three sections 1) The Film Stars and More 2) The entertainers and 3) The Winners. It gets off to a flying start with the Florentine March. The fast tempo shows the band’s technical ability. Fingal’s Cave follows and is an arrangement by George Thompson who was prominent in raising the standard and profile of this famous band. It is beautifully played, capturing the flavour of the sea. Irish Tune from County Derry is a fine example of cantabile playing. The first of two soloists features Kevin Crockford in The Queen of the Night’s Aria from Mozart’s Magic Flute Opera. His performance captures the drama of this piece wonderfully.

The Hymn tune Gresford will always be associated with the mining community and so it is fitting that this band has recorded it, with a sonorous organ-like tone. A crowd pleasing lollipop in the form of the Finale from William Tell is next- and please it does. We enter the Pop World with Ruby Tuesday which is well played but for this listener it is not a work that transcribes the character of the original too well. A better choice is found in I’ve Got You under My Skin, where the original elements shine through.

The second soloist is Alan Morrison playing his own composition Buster Strike Back. Not too technically demanding but requiring a real sense of style that Alan has in spades. Mambo Caliente is another energetic Toe-tapper with some virtuosic moments. A lovely contrast is found in I’ll walk with God - once again revealing the band’s ability to switch genres with ease. Blue Rondo a la Turk is obviously influenced by Dave Brubeck’s Take Five with its irregular rhythmic patterns.

The final two tracks are from The Winners selection and are the major works in this compilation. The combination of Elgar Howarth and Grimethorpe will always be remembered as a pivotal period in the brass band movement, taking it to a new level.  Spectrum” by Gilbert Vinter is given a reading by this conductor that literally brings out all the colours and their associated nuances. A real ‘Tour de Force’. The second work is Philip Wilby’s The New Jerusalem, in this recording conducted by Frank Renton and once more the direction and performance are of the highest level.