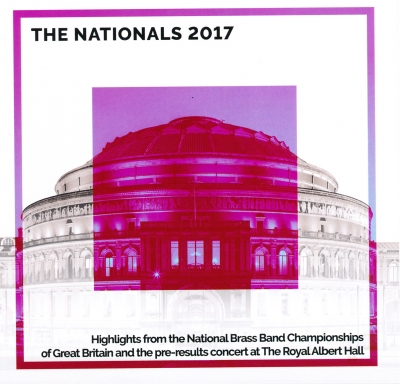 As the Area contests approach it is a good time to reflect on the victorious performances from all the sections.

The Championship section piece is Gallery by Howard Snell.

I was one of many who found David King’s reading of the score absolutely wonderful and Brighouse and Rastrick responded totally. When listening to it again as a live performance it enables one to appreciate the colours, characters and musical nuances even more. Repeated listening is rewarded with artistic nuggets.

Eric Ball’s music still stands the test of time and in Tournaments for Brass the first section enjoyed both a technical challenge but more importantly a musical one.. Pemberton Old Wigan DW Band conducted by Ben Dixon rise to both with aplomb. The band’s soloists are excellent and the direction of the MD show she understands Eric Ball’s music- some modern conductors have still to come to terms with it!

Steven Ponsford is a well known SA composer and Music for a Legacy was written as a tribute to former Sa composers who have inspired him. It provides a good second section test. Boarshurst Silver Band conducted by James Garlick provides a winning performance if not entirely unscathed. I wonder how many listeners will recognise the 11 composers represented. Again, repeated listening will help identify them.

Hinemoa by Gareth Wood was selected for the third section and BDI Bass conducted by Lee Skipsey were the winning band. This is genuine programme music and the MD’s reading and the band’s playing show why the outfit is making good progress. I would guess a few local second section bands will be looking over their shoulder this year.

Petite Suite de Ballet by Eric Ball was the test for the fourth section In Newmains and District Band under Michael Marzella there is again an MD who understands that fast, loud and high & Low are not necessary for a musical challenge. The composer’s skill in writing clear and simple (not easy!) music is to the fore in this gem of a piece. A fine performance is the result of sensitive artistry.

I would recommend this CD to dip into frequently