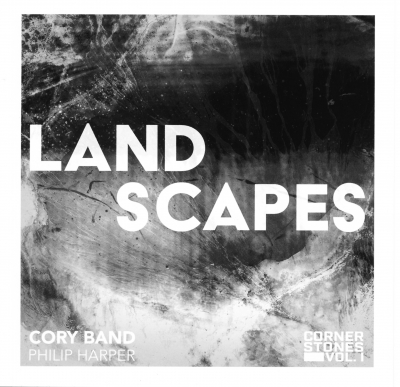 The CD commences with the 1985 National Championship test piece, John McCabe's Cloudcatcher Fells, which depicts scenes in the Lake District. The music opens with a lonely motif in the tenor horn suggesting the misty peaks of Great Gable. Gradually the picture brightens and we visit a number of scenes including Angle Tarn, the centre piece of the work, where all is tranquill. In the final scene, Hellvellyn, the opening tenor horn motif is transformed into a shattering brass chorale that brings this fine performance to a close.

Composed in 1932 by John Ireland, A Downland Suite consists of four wonderful movements; Prelude, Elegy, Minuet and Rondo. The music commences with energetic bursts contrasting with a rolling melody that perhaps indicates the composer's experience whilst walking the South Downs.

The 36 bars of the famous Elegy is, without doubt one of the finest pieces of music written for brass bands. Featuring cornet and euphonium, this georgeous music is given a dedicated reading that a work of this quality deserves.

The graceful Minuet, that allows the baritone to shine, is a delight, whilst a lively Rondo reintroduces a grander version of the Elegy nearer the close, to complete a memorable performance of the work.

Edward Elgar composed The Severn Suite in 1930, the five movements are played without a break. The first movement entitled Introduction is marked pomposo and has two musical ideas, Toccata, has an expressive forward momentum, Fugue builds to a majestic climax before ending quietly, the delightful Minuet is taken from Elgar's earlier music and finally the openng music returns in a more grandly version as a Coda. This is a very enjoyable performance of the Suite, which Elgar dedicated to George Bernard Shaw.

The River Severn runs through Elgar's home county of Worcestershire, and the surrounding countryside would have provided inspiration for his many compositions.

NB: In the 1990s Elgar's original score of the Severn Suite was discovered which ended speculation that Henry Geehl had been the arranger - he was not. The performance on the disc is from the 2019 90th Anniversary Critical Edition prepared by Professor Stephen Allen and Michael  D'Andrea, which is a more accurate representation of the unearthed manuscript than the original published version.

One moonlit night during the war years Dr Edmund Rubbra was walking along the banks of the River Ness, when he found himself humming a melody. On returning home he wrote it down and named it The Shining River. Frank Wright arranged six variations on the melody, for use as the 1958 National Champiuonships test piece and called it Variations on the Shining River. In accordance with tradition the theme appears first in a flowing triplet figure with the remaining variations ranging from two lively dances to a gentler cradle song played by the trombone. A dignified pageant, an ostinato where the melody is presented in long notes accompanied by an energetic repeated figue. A lament that features duets in a moving chordal fugue before the theme returns in the coda to close a first class performance.

Eric Ball composed High Peak in 1969 for that year's National Championship test piece. Sub-titled Rhapsody for Brass Band, he provides a four part programme for the work; Vision, Aspiration, Ascent and Attainment. Opening with a two bar phrase the solo euphonium declares 'Behold the highest peak glittering in the sun'. There follows a portrayal of the ever changing light, colour and cloud at the foot of the mountain. Aspiration, reminds us of the psalm 'I will lift up mine eyes to the hills', whilst a busy fugal section depicts plans and preparation for the Ascent. This features a constant rising of steps throughout the band.

After what Eric Ball describes as 'fanciful Alpine effects' a violent storm breaks over the climber. Attainment, the storm clears 'and suddenly the summit -  the breathtaking view evoking ecstasy and awe'. Joy in achievement  is portrayed in the spirited finale and uninhibited climax, to bring this enjoyable performance to a close.

This excellent album by the present World Number One ranked band is an absolute gem. Under the direction of Philip Harper. Cory Band produce an outstanding quality of performance on each of the five classic scores. This disc is the first in a series of recordings under the title of Landscapes and I look forward to future editions.