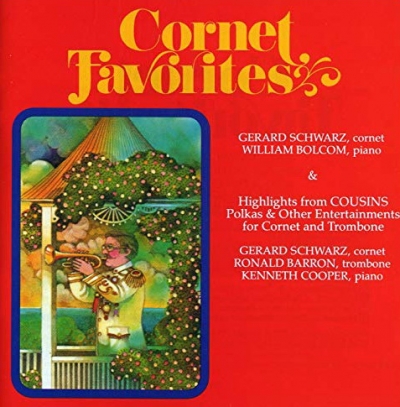 Clay Smith was born in 1878 in Greencastle, Indiana. His first documented musical activity involved playing E-flat cornet solos for exhibits at the 1893 Chicago World’s Fair. At some point he became proficient on the saxophone and trombone, which seems to have been his primary instrument for most of his career. His teachers included Alfred F. Weldon, Gardell Simons, and Hale A. Vander Cook. He performed with several famous bands, such as the bands of Hi Henry’s Minstrels, Wallace Brothers Circus, the Barnum and Bailey Circus, and the Ringling Brothers Circus. He was also featured trombone soloist at the 1904 St. Louis World’s Fair with Phinney’s Band.

Chautauqua was an adult education movement in the United States, highly popular in the late 19th and early 20th centuries. Chautauqua assemblies expanded and spread throughout rural America until the mid-1920s. The Chautauqua brought entertainment and culture for the whole community, with speakers, teachers, musicians, showmen, preachers, and specialists of the day.[1] Former U.S. President Theodore Roosevelt was quoted as saying that Chautauqua is "the most American thing in America.

From all accounts, Smith was an accomplished and virtuoso trombone soloist. Many of his works reflect a need for technical and lyrical proficiency. Unlike Arthur Pryor, Leo Zimmerman, and other contemporaries who “headlined” as soloists with the major touring concert bands of the day, Smith spent most of his career on the Chautauqua and theatre circuits. It would appear that Chicago served as his home for at least the latter part of his life. He died there in 1930.

On this week's show we are featuring his duet for cornet and trombone The Cascades which was published c1904. A rarely performed duet these days.