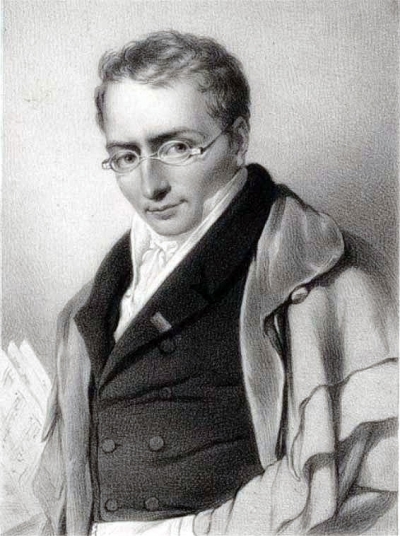 Louis Joseph Ferdinand Hérold (28.01.1791 – 19.01.1833), was a French operatic composer who also wrote many pieces for the piano, orchestra, and the ballet. He is best known today for the ballet La fille mal gardée and the overture to the opera Zampa.

Louis J. F. Hérold was born in Paris, the only child of François-Joseph Hérold, a pianist, teacher, and composer, and Jeanne-Gabrielle Pascal. At the age of six, he attended the Hix Institute and excelled in his studies. While there, he also took musical theory, at the age of seven, he played the piano and composed some piano pieces.

His father did not intend for him to follow a musical career, but after his father's death in 1802, he could finally pursue this avenue. He enrolled in the Conservatoire in 1806 and was schooled in piano by Louis Adam (father of the composer Adolphe Adam) during these times at the Conservatoire became a virtuoso on piano and violin.

In 1810 he won first prize in a piano competition with one of his own compositions. One of the judges remarked: "This piece is full of flaws, but I see great things ahead for him". He progressed so far in his studies that in 1812 he won the Prix de Rome. In Rome, during the spring of 1813, he composed his first symphony, which all Prix de Rome winners were required to do in order to show their progression in studies, and also completed the last of his four piano concertos.

In 1815 he moved from Rome to Naples for health reasons. While there he composed several pieces including his second symphony and three string quartets.

On May 3, 1831, one of his most famous operas, Zampa, premiered. This opera enjoyed much success in France and Germany where it is still occasionally staged today. He followed up his success with Zampa with contributions to La Marquise de Brinvilliers, a collaborative effort of many composers including François-Adrien Boïeldieu and Daniel Auber. Two names are well known in brass bands for their overtures.

Hérold died of tuberculosis which he had long suffered. Hérold's opera Ludovic, which had not been completed, was finished by Fromental Halévy.

Hérold was buried in Paris. The house at 10 rue Hérold is Hérold's birthplace. The street was named in his honour in 1881.

In this week’s show, we feature the Clog Dance from his ballet La Fille Mal Gardee.