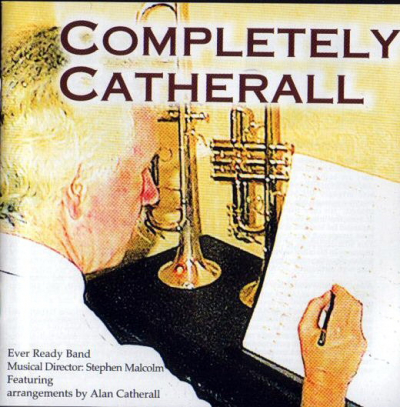 On this week’s show we feature the march Bombasto written in 1895 by Orion R. Farrar (April 15, 1866-c. 1929). He was an American marching band director and composer.  Farrar was born in Indianapolis, Indiana, the son of an English shoemaker named John Farrat and an Indiana boots and shoes shopkeeper named Amanda Wilson.  Around 1880, his family moved to Gosport, Indiana, and shortly after to Warren, Ohio. At the age of 19, Farrar enrolled in the famous Dana Musical Institute in Warren, studying theory, composition, and cornet playing. Following graduation, he taught brass instruments and conducted the Institute band for seven years.  In 1892 at Onarga, Illinois, he married music teacher Sarah G. (Hannah?) Kennedy.   He became a member of Old Erie Masonic Lodge No 3 in 1894 and was active until 1904, when he was expelled for non-payment of dues.

As a march composer, he is most remembered for Bombasto, Indiana State Band, Hi Henry’s Triumphal, and The Telegram marches. Bombasto found an enduring place in the circus band repertoire, as well as in the libraries of municipal bands throughout America.  In 1904 he abandoned music and became insurance agent for the Youngstown Dollar Bank.  In 1905 he was offered the position of bandmaster of the New Merchants Municipal Band in Lima, Ohio, but rejected it because he already had a high position as agent in Ohio, Indiana, and Michigan for Reliance Life Insurance Co. of Pittsburgh, PA.

He did conduct the Merchants Band at Faurot Opera House Lima, on December 30, 1905, which was his very last known musical activity.  In 1912 and 1913 he was president of the Columbus Securities Co. in Indianapolis while residing in New York City, NY.  In 1915 he founded Midland Underwriters Association insurance brokerage in Albert Lea, Minnesota, where he also took residence.

The final years of Farrar’s life remain a mystery.  He was listed on the 1920 census in Jacksonville, Florida, with his wife Hannah who was born in Ohio c. 1878.  Some believe that he died by 1919 because in 1920 his wife settled as widowed music teacher in Long Beach, California.  Others say that he was purported to have died in California in c. 1925-1929, but this is undocumented.

The Bombasto march on this programme has been arranged by Alan Catherall and closes this week's show. The recording is taken from a CD which is our featured photograph and illustrates Alan Catherall's music throughout.