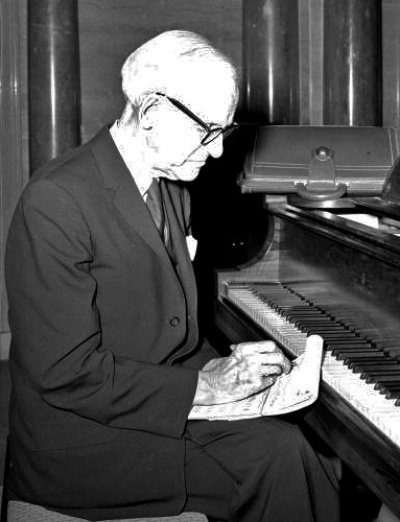 O'Hara was born in Chatham, Ontario, Canada. He initially planned a military career. O'Hara entered the prestigious Royal Military College of Canada in Kingston, Ontario at age 18 and he trained with the 1st Hussars. He had to abandon his military career upon the death of his father, Robert O'Hara.

He moved to the United States in 1904, the same year he began performing in Vaudeville. He began recording for Edison Records in 1905. In 1913 O'Hara undertook the recording of traditional Indian songs on behalf of the American government. He was recorded on phonograph cylinder lecturing about the complexity of the music as well as singing and playing several types of Navajo traditional songs in 1914. During World War I, he was a singing instructor of patriotic songs for American troops.

O'Hara lectured on music and song writing and held positions at Teachers' College of Columbia University (1936–37), Huron College and the University of South Dakota, where he later received an honorary Doctor of Music degree in 1947. He lectured for the remainder of his life. In 1920, O'Hara helped organize The Composers' and Lyric Writers' Protective League. He also was a board member of the American Society of Composers, Authors, and Publishers (ASCAP), was the president of the Composers-Authors Guild, and served in the United Service Organisations (USO).

He was a National Patron of Delta Omicron, an international professional music fraternity.

n 1919, he married Constance Dougherty from Massachusetts, and together they had two children; the same year, he became a naturalized citizen of the United States.

O'Hara composed over 500 popular and patriotic songs, and hymns. He had some moderate popular music hits in the 1910s with songs such as Your Eyes Have Told Me What I Did Not Know (1913), Tennessee, I Hear You Calling Me (1914), The Old Songs, and Over the Top: Military March (1917).

He was commissioned by the Wilson administration to compose the modern-day version of the Star Spangled Banner.

We are featuring one of his on this week's show.