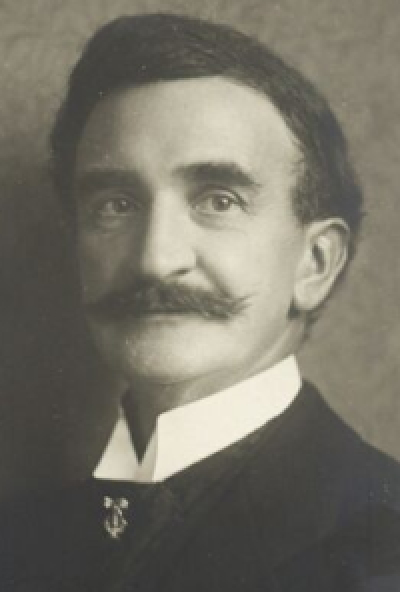 He had over 300 compositions to his name and his best-known is his waltz "Mondnacht auf der Alster" (Moonlight on the Alster) Op. 60 which is still very popular today.

He was born as Otto Kaufmann Faster in Hamburg. His father Matthias Faster was an editor of a stock-exchange magazine. The family originally came from Bützfleth, a locality of today's Stade near Hamburg.

Early in his career he worked for Ferdinand Laeisz  founder of the Flying P-Liner (The Flying P-Liners were sailing ships). Gradually he became widely regarded as being on the same level as the Viennese waltz kings. Aged 26, his compositions attracted the attention of a Hamburg publisher, who advised him to change his name. He changed his name to Fetrás, an anagram of his surname Faster.

It might have been Franz von Blon, at that time the conductor of the Stadttheater Orchestra, who introduced "Moonlight on the Alster" at the inaugural concert for the 1888 ball season. It was a sensation and earned Fetrás the title of "The Hamburg Waltz King".

He remained well-known and respected and though definitely a second rank composer in the Viennese style, he produced some 300 works. Fetrás died January 1931 in Hamburg and was buried in the Ohlsdorf Cemetery.

Today, we feature his best known waltz – "Moonlight on the Alster".