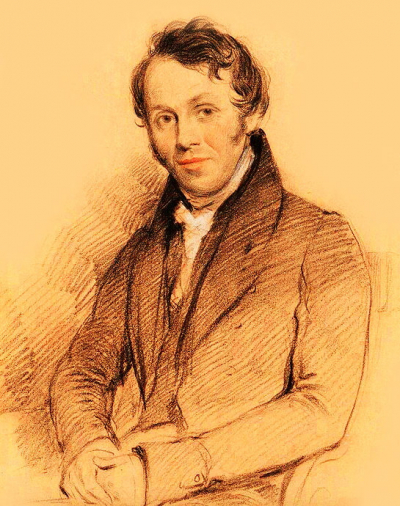 'Abide with Me' is a Christian hymn by Scottish Anglican Henry Francis Lyte. It is most often sung to the tune 'Eventide' by William Henry Monk. He was born in London on March 16, 1823. His youth is not well-documented, but it seems that he developed quickly on the keyboard, but perhaps less so in composition.

By aged 18, Monk was organist at St Peter's Church, Eaton Square, London. He left after two years and moved on to two more organist posts in London (St. George's Church, Albemarle Street, and St. Paul's Church, Portman Square). He spent two years in each, with each serving as a steppingstone toward fostering his musical ambitions.

In 1847, Monk became choirmaster at King's College London. There he developed an interest in incorporating plainchant (unaccompanied church music sung in unison) into Anglican services, an idea suggested by William Dyce, a King's College professor with whom Monk had much contact. In 1849, Monk also became organist at King's College.

In 1852, he became organist and choirmaster at St Matthias' Church, Stoke Newington, where he made many changes: plainchant was used in singing psalms, and the music performed was more appropriate to the church calendar. By now, Monk was also arranging hymns, as well as writing his own hymn melodies. In 1857, his talents as composer, arranger, and editor were recognised when he was appointed the musical editor of Hymns Ancient and Modern, a volume first published in 1861, containing 273 hymns. After supplements were added (second edition—1875; later additions or supplements—1889, 1904, and 1916) it became one of the best-selling hymn books ever produced. It was for this publication that Monk supplied his famous "Eventide" tune which is mostly used for the hymn "Abide with Me", as well as several others, including "Gethsemane", "Ascension", and "St. Denys".

In 1874, Monk was appointed professor of vocal studies at King's College; subsequently he accepted similar posts at two other prestigious London music schools: the first at the National Training School for Music in 1876, and the second at Bedford College in 1878. Monk remained active in composition in his later years, writing not only hymn tunes but also anthems and other works. In 1882 Durham University awarded him an honorary Mus. Doc.

He died on March 1, 1889 and was buried on the eastern side of Highgate Cemetery, London.

We are featuring 'Abide with Me' on this show.